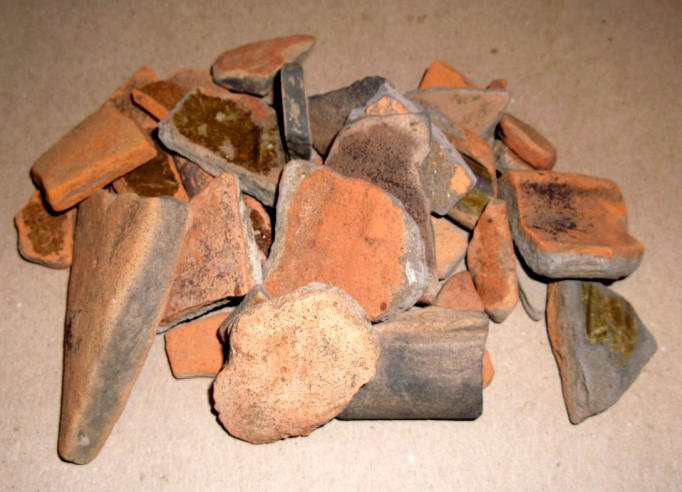 We held our February meeting on the 26th, and despite a very cold evening we had a good gathering of members at the Village Hall.

Since the previous meeting the Archaeology Section had found another 647 items in our winter searches.

These included over twenty pieces from the actual Roman Villa found on the surface in early February, most with cement-mortar attached to the flint pieces from the original walls.

We had a "live" sorting of more fieldwalking finds to show how these are separated and their ages determined of about 400 items ranging in ages from the 1960s to way back to the third or fourth Century.

Additional finds and material donations dating to the Second World War were shown, and we concluded with a slide show of photographs taken in 1970 of buildings around the village, most not before seen by many members.

All are welcome to our meetings, on the fourth Wednesday of the month, in fact two new people came along this time with one becoming a member straight away.

The attendance fee for a single visit is just £2, but there is a discount for subscribing to twelve attendances of £15 per year.